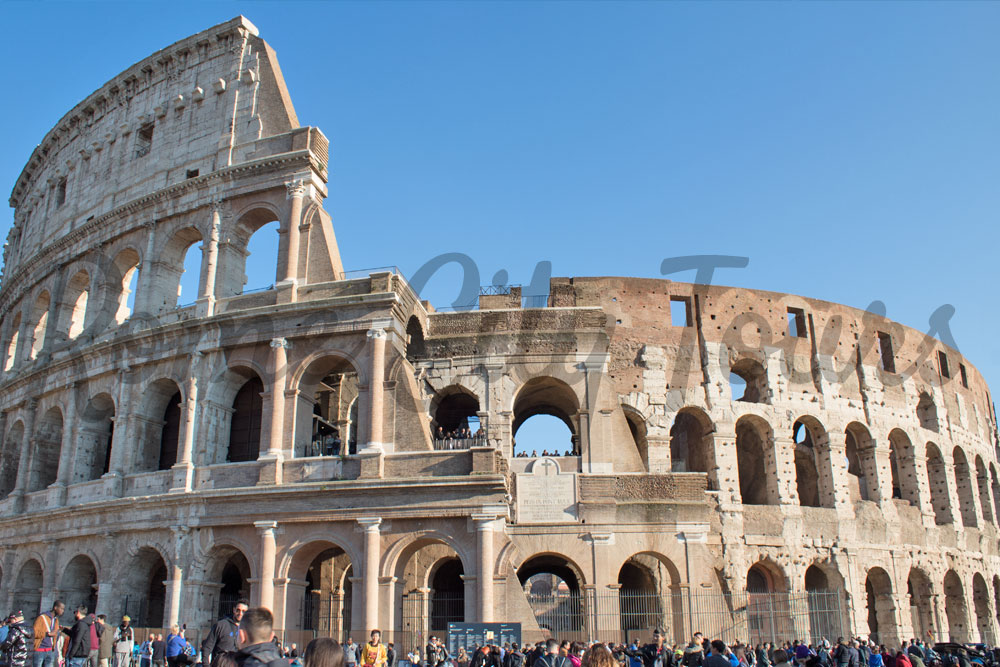 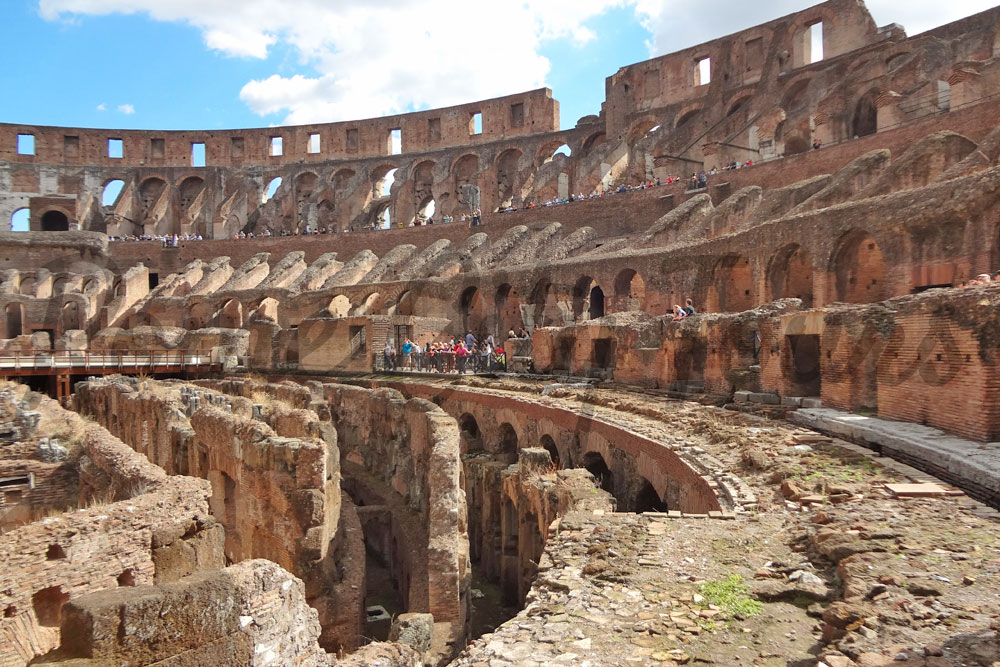 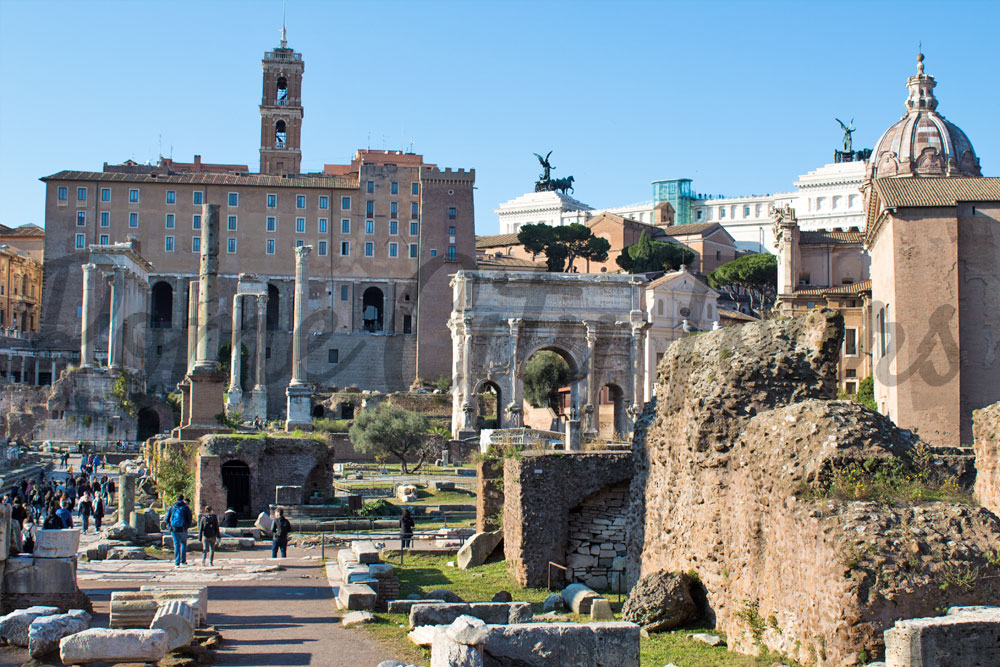 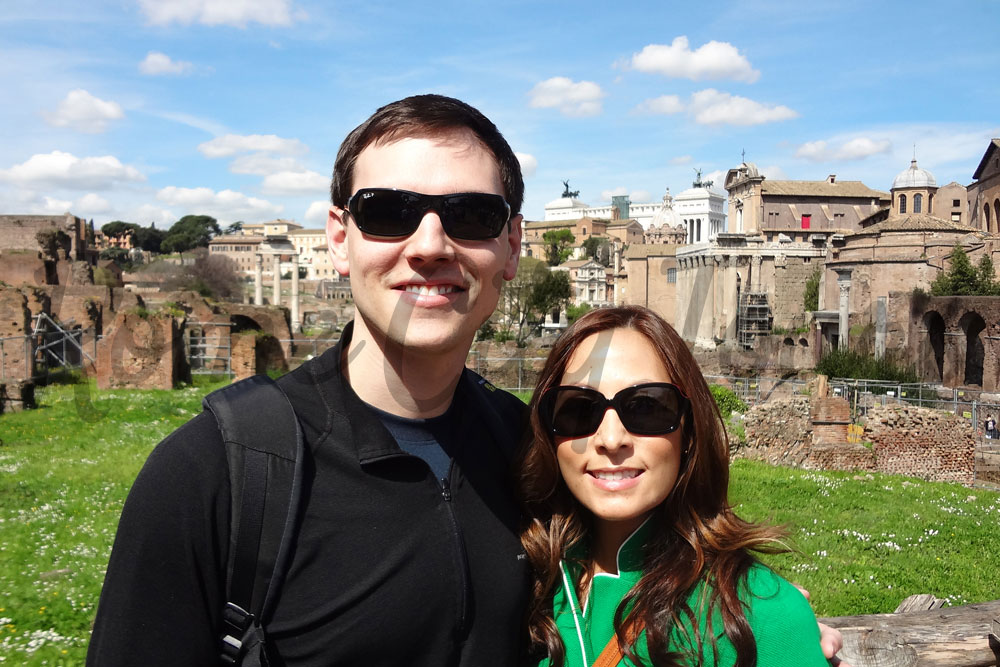 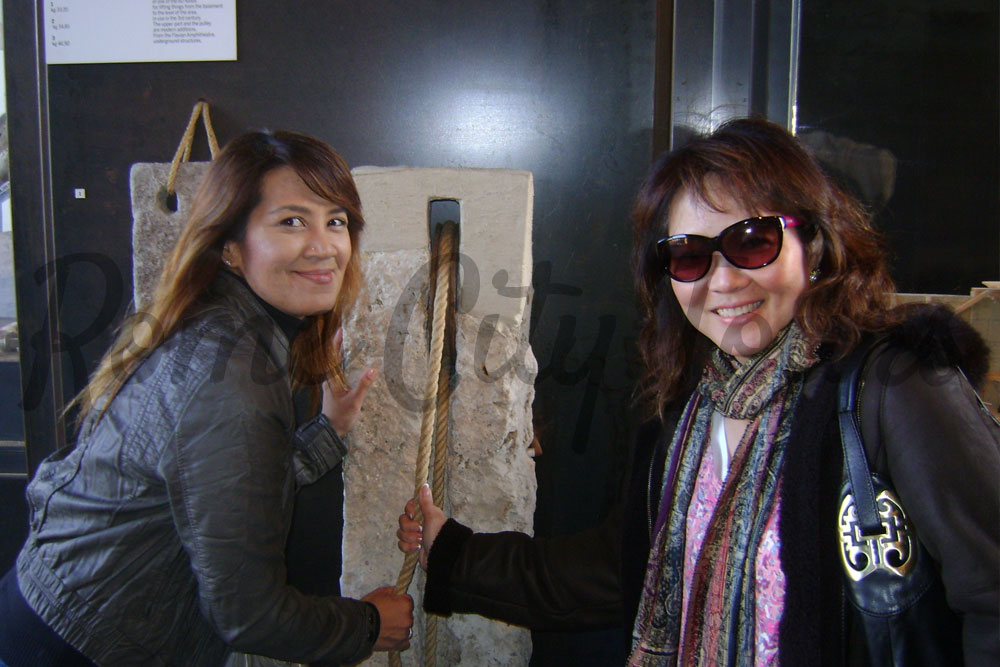 Visit the Heart of the Roman Empire

Visit the glorious remains of Ancient Rome, birthplace of modern civilization and capital of the Roman Empire. Listen to the astonishing accounts of fearless leaders, epic heroines, and infamous tyrants while walking through their palaces and gardens!

Learn how Julius Caesar and many almighty Emperors rose to power, conquered the world and thrived in the heart of the Roman Forum. Inside the monumental Colosseum, you will discover the grandeur, the glory, and bloody past of the amphitheatre through tales of gladiators, mock sea-battles and executions.

The Colosseum is after the Vatican Museums the second most visited site in Rome with around two million visitors every year. This grand amphitheater, whose imposing ruins are still today breathtaking, was built by the Flavia Family of Emperors: it was started by Vespasian in 72 AD and completed by his sons Titus and Domitian in 80. The Colosseum had a capacity of around 60.000 spectators, 80 entrances and a big awning covering the seating sections. There were also 50 fountains inside, providing free drinkable water to the spectators. Experience Ancient Rome as never before with a three hour comprehensive tour of its most fascinating sites.

Visit the Forum, the Palatine Hill, the Emperors' Palace, the Capitol, the Temple of Gemini, the House of the Vestal Virgins, the Senate and much more. Rome City Tours brings you the ultimate tour of the Roman Empire with VIP Skip the Line entrance and passionate expert guides.

All the most famous Ancient Roman Sites in one half-day tour led by a top-rated local guide.

"Grazie CLAUDIA....... The children my husband and I had a magnificent tour of the Colosseo just in the last few weeks while we were in Rome. Our Italian experience started in the capital and who better to guide us through the Colosseo and Foro Romano but Claudia. We travelled with our two son's 7 and 9 years of age. They were totally captivated and interested in Claudia's portrayal of the ancient times and these amazing monuments that still exist in the centre of this great city. When I booked the tour I did request for the tour to be aimed at the children and their needs be considered, they were totally met! Claudia also carried a few primary school books and showed maps and information aimed at their age group. We will definitively book Rome Tours again on our next visit to Rome. If you are travelling during the warmer months please carry water a hat and sunglasses as it gets very hot during the tour and there are not many shaded areas outside the Colosseo."