All the most interesting subterranean sites of Rome in one tour. (375)
Approximate Duration h3 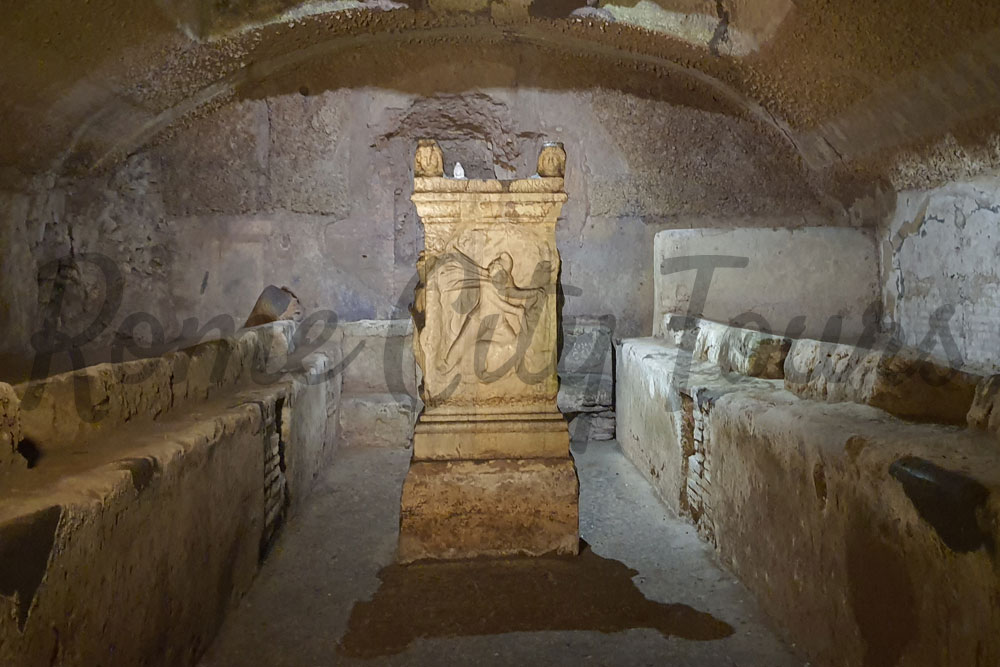 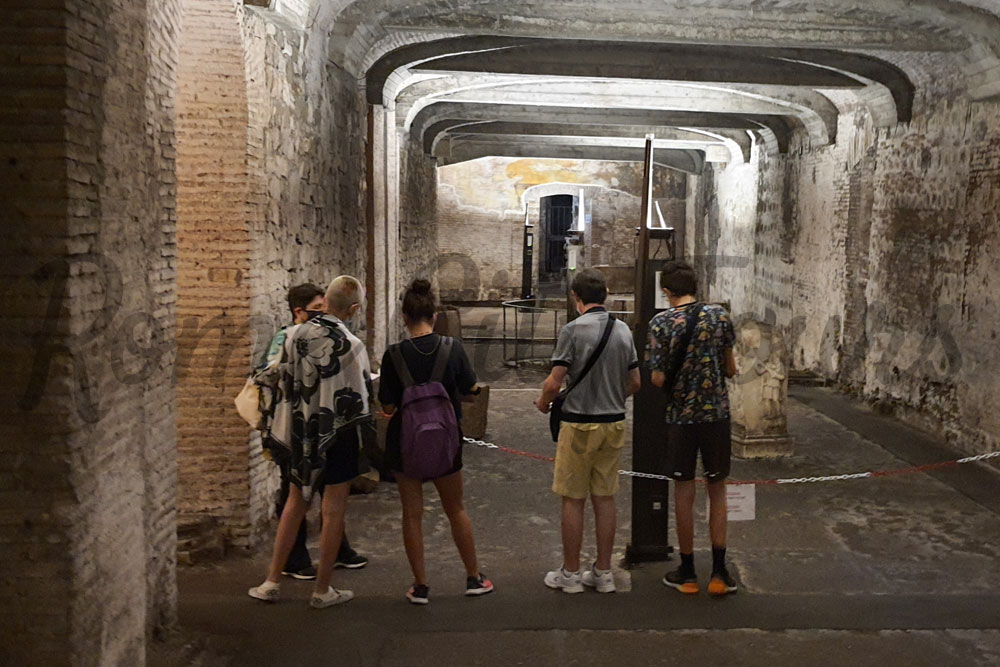 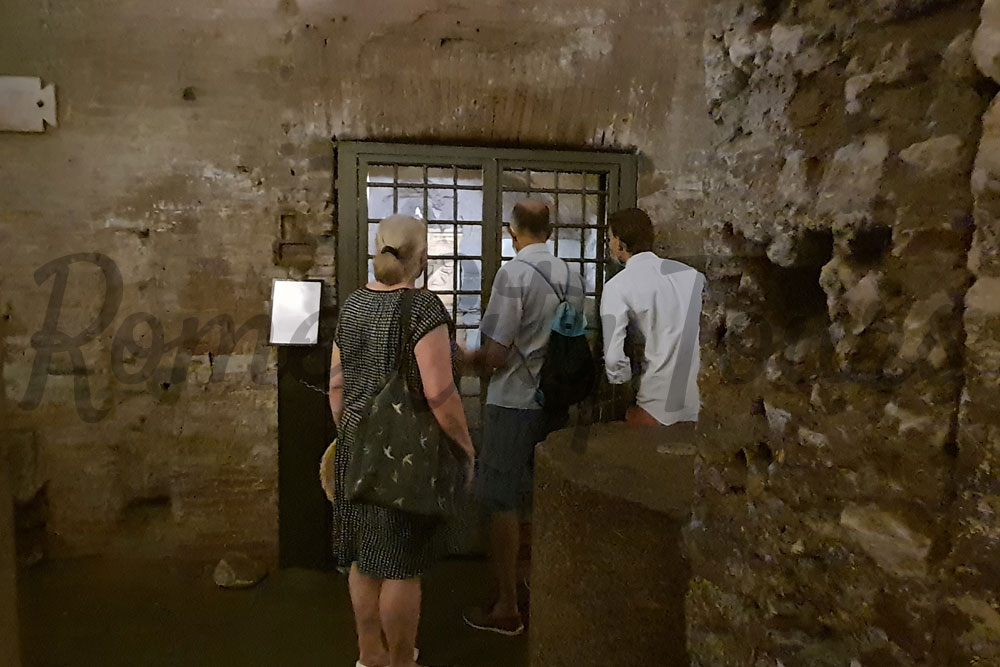 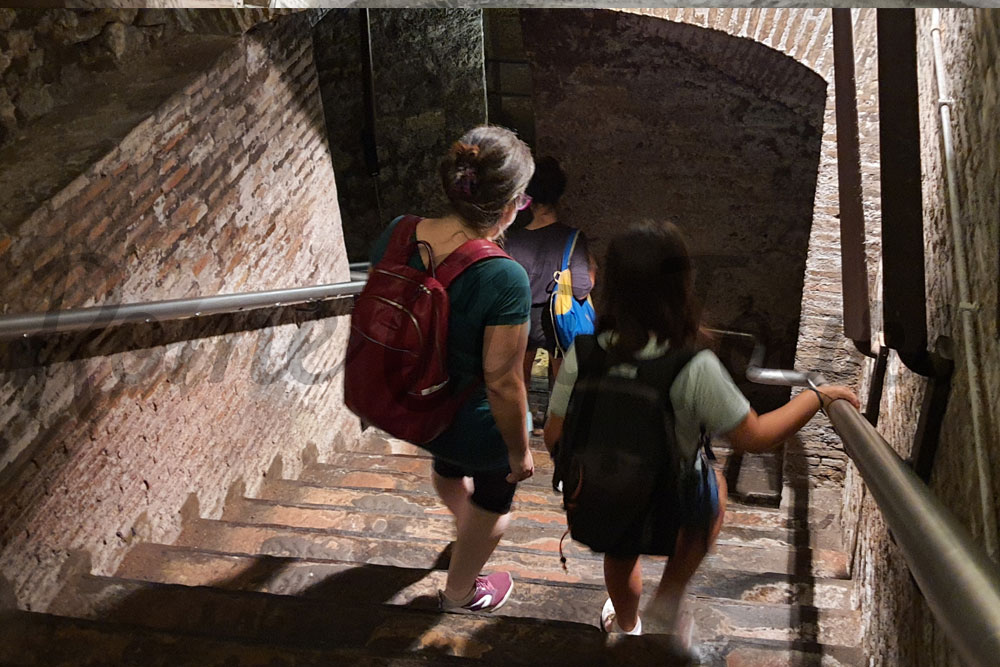 Visit the Center of the Catholic World

Explore the Undergrounds of Rome in one of the most fascinating tours of the Eternal City. Ancient temples, houses, cemeteries are layered below today's ground level.

Modern Rome is built above the Ancient city and you will have the chance to access the subterreneans. The tour starts from the Triton's Fountain in Barberini Square. The fountain is one of the best artworks by Bernini.

Near the square, you will visit the Church of Santa Maria della Concezione dei Cappuccini and its Capuchin Crypt. The Capuchin friars believed in resurrection and as such, their mummified and skeletal remains (an estimated 4,000 friars) are arranged in funereal art in the six rooms of the crypt. Jaw, pelvis, skull, leg, arm, vertebrae, knee and other bones are stacked, nailed to the walls, hung from the ceiling, and otherwise positioned to create florets, butterflies, clocks, hourglasses, chandeliers and other shapes.

Only few blocks away you will experience the subterreneans of the four-layered Church of St. Clemens. This Medieval Basilica was built above an older church of the IV century AD and this in turn lies on a II century Mitraic temple and a house. You will be guided even deeper underground to touch the bottom level where the I century mint of Rome is still located.

The tour continues to the fortified 12-century monastery and Church of SS. Quattro Coronati (Four Holy Crowned Ones). They were a group of sculptors martyred by Diocletian because they had refused to make a statue of Aesculapius. The church is therefore associated with sculptors and marble masons. The bell-tower is the oldest in the city and the monastery contains the Chapel of St. Sylvester with a delightful fresco cycle of the XIII century. You will then visit the Medieval Cloister that is one of the most secluded spots in rome.

Our walk will finally take you to the Basilica of St. John in Lateran. It is the cathedral of Rome, the first church built in the city, and head of all Catholic churches in the world. The Popes lived next to this church for a thousand years before moving to the Vatican!In front of the Church you will see the highest Egyptian obelisk on Earth. It had been erected by Thothmes IV in front of the temple of Ammon at Thebes and was brought to Rome by Constantius II in 357 AD

All the most interesting underground sites of Rome in one half-day tour led by a top-rated local guide.

"We loved Maria! Her knowledge of Rome is very impressive and she made it so enjoyable. We will remember this day for a long time / we learned so much about the art and sites! My group of 3 friends spent the entire day with Maria- Vatican, Colosseum, a private walking tour of Rome & we loved slipping into the sites immediately, without any line!! Also she brought our tickets, in case we forgot them- all bases were covered! We loved the convenient little lunch place where she took us and really all aspects of this tour I can strongly recommend, including the communication by emails with the company prior to arrival and directions to meet our guide. Maria is a wonder- any group who wants to hear some of the history of the beautiful city of Rome from a engaging, extremely knowledgeable guide- will say the money is well spent!"